Over hundred years old photographs showing historical Wainwright Hall (today Wainwright Inn B&B) in Great Barrington Mass. Photo made in Oct. 16, 1879 shows house in it’s original form as was built in 1766 by Peter Ingersoll. Two other photos from the turn of the century show expended house with the front porches and extension on the back added in 1890. 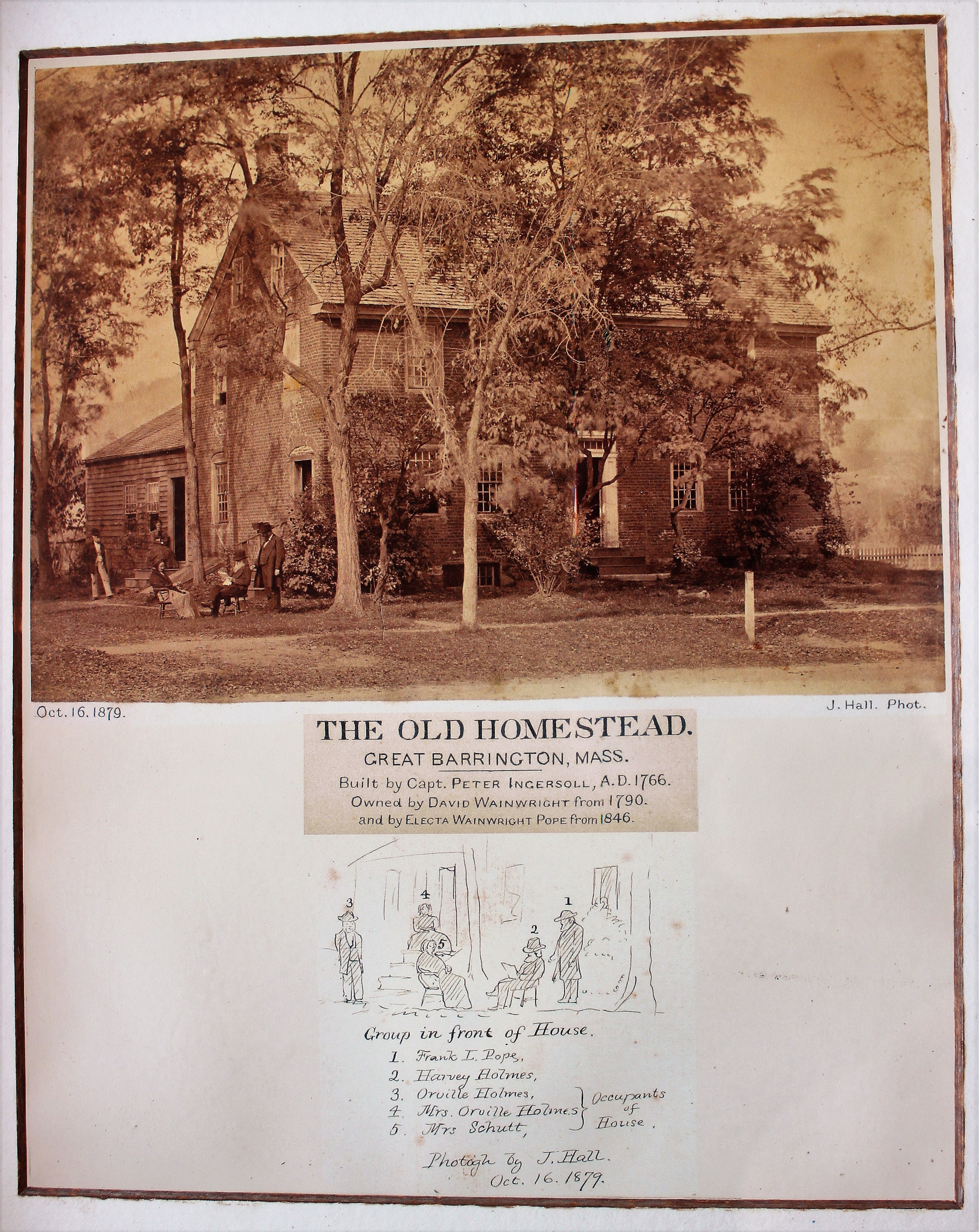 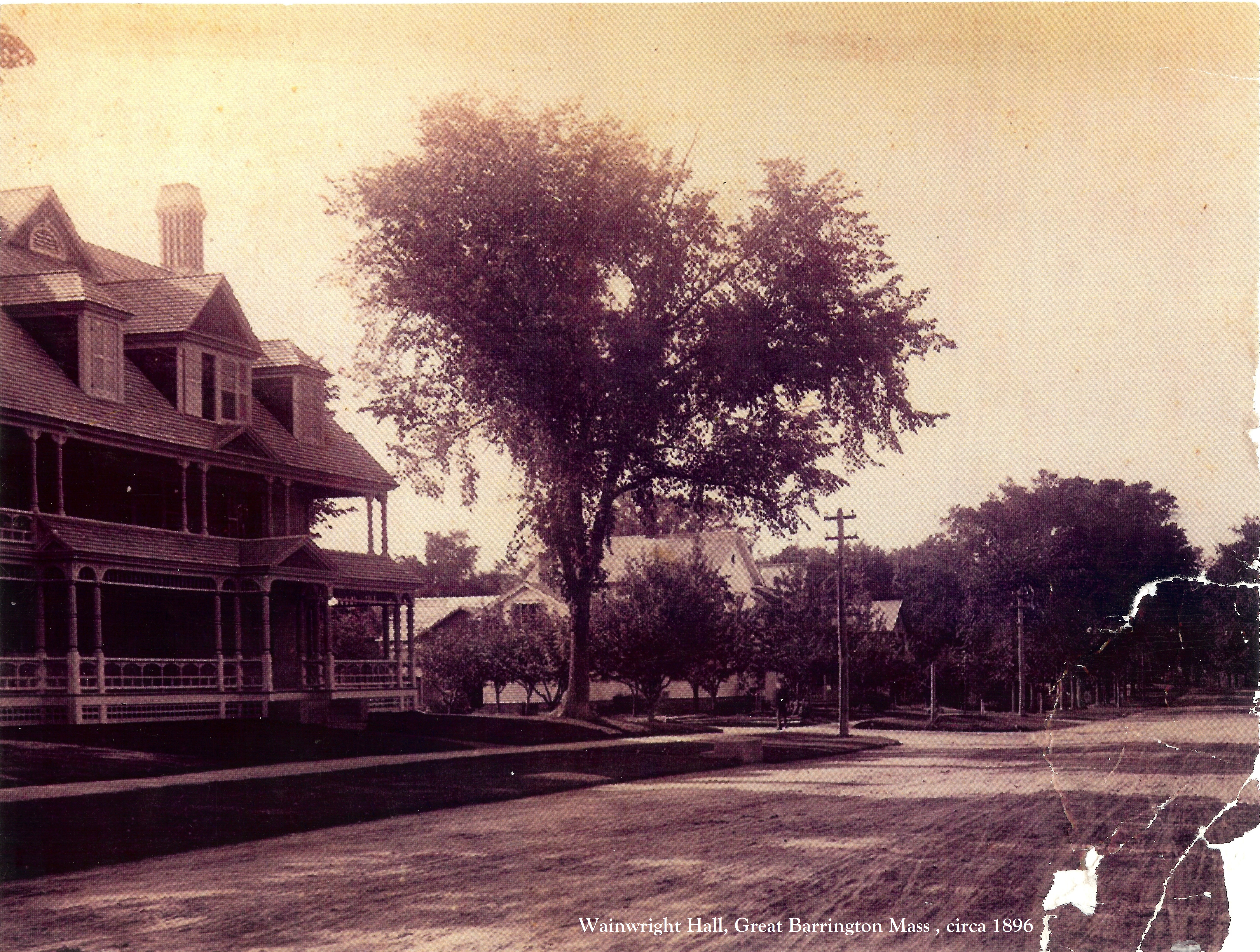 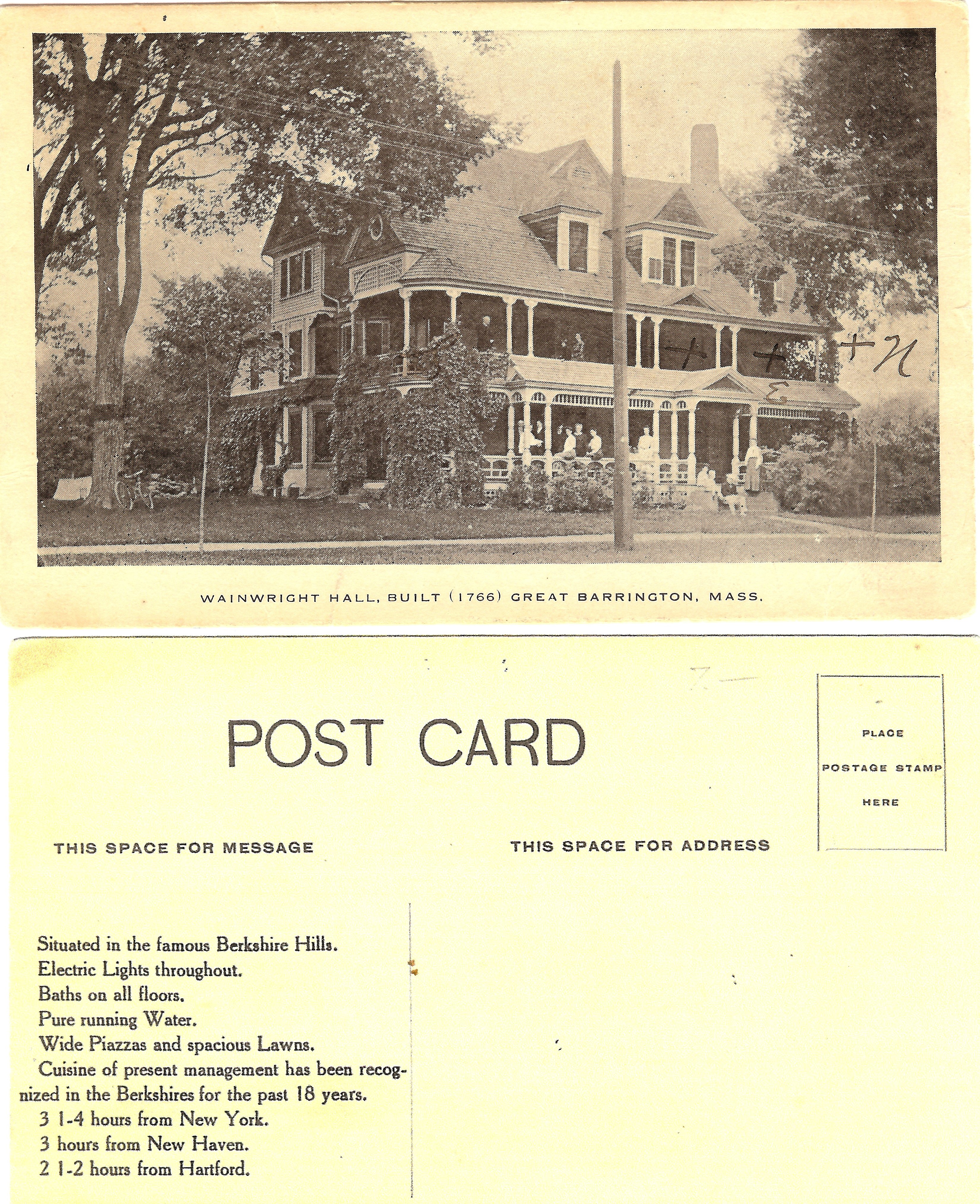 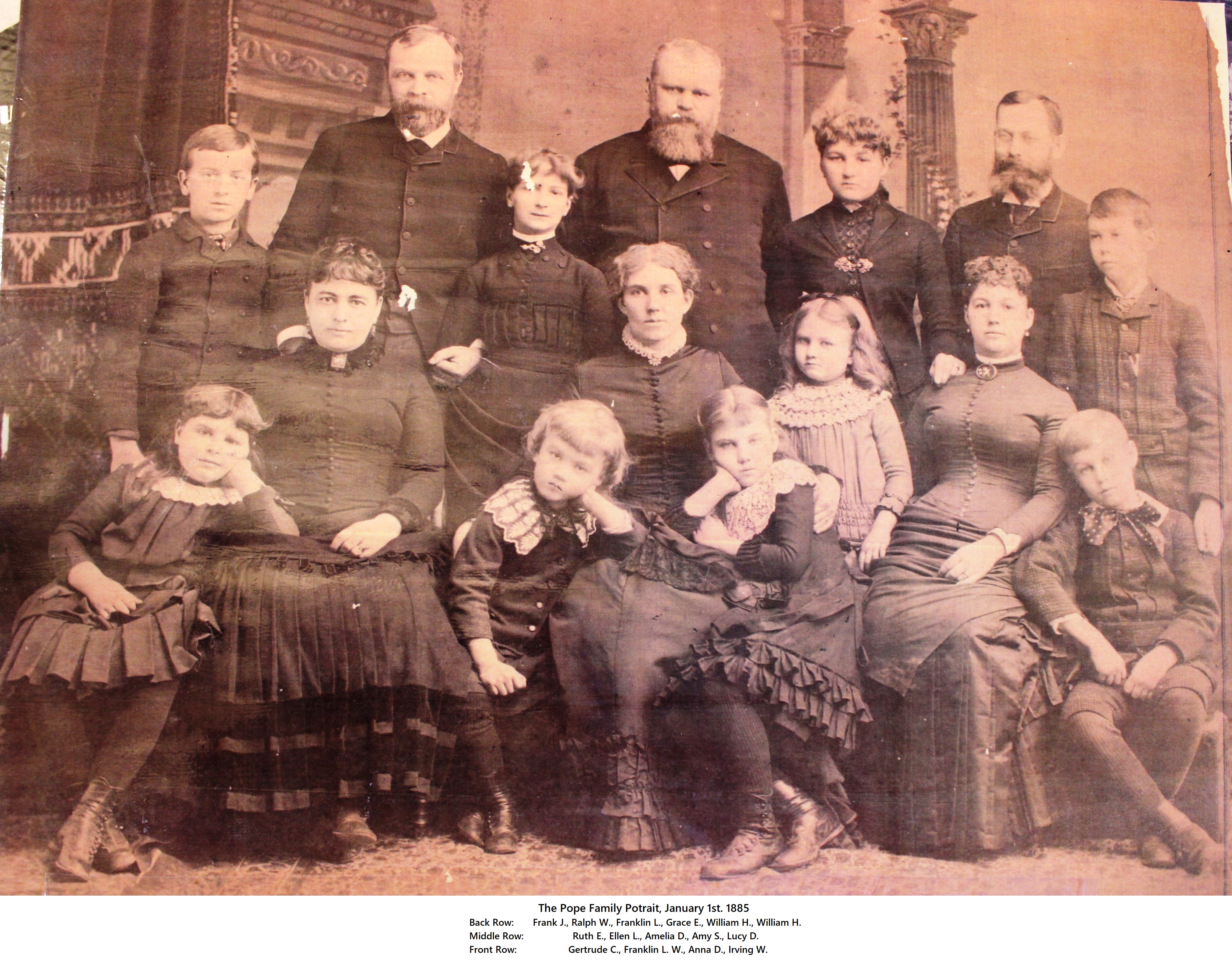